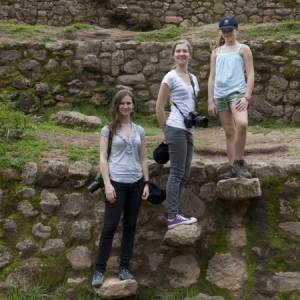 Learning about archaeology is extremely important, no matter what field of life you may decide to choose for yourself. However, getting to know the facts about this field should be brought into our learning at a young age. This way, we can ensure that our future generations are aware of the importance of preserving and protecting the archaeological sites and artefacts and also play their role in their discovery. For that reason, we have decided to provide some basic level of information about this field so that the children of our society can be more involved in this amazing field of exploration.

What is an archaeologist?

An archaeologist is someone who studies the development of the history and also the prehistory of mankind. The distinction of being only relevant to the human history is very important because the study of pre-human life like the dinosaurs etc. is not included in it. The time span that archaeologists cover in their study ranges from the early ages when the first stone tools were used by humans in Africa nearly 4 million years ago to the recent times. An archaeologist surveys, examines, excavates and analyses the data and artefacts discovered in any particular area.

What is the difference between fossil and artefact?

There is a very fundamental difference between fossils and artefacts that every archaeologist must be aware of. Fossils are the remains of all the living things like the human beings, animals and plants, whereas the artefacts are the remains found of things that are not living and made by humans. So for example if an archaeologist finds bones in an excavation site then it is a fossil and if manmade things like tools and utensils are found then they are artefacts.

What is a site?

A site refers to a place where the archaeologists dig the ground to find fossils and artefacts that may indicate the presence of remains of older civilizations from an old time. In order to excavate, the archaeologists can either perform a research based excavation or a development-led excavation. When it is research based, the archaeologists work at a slow pace and study the site in full detail. However, if it is development-led then that means there is construction to be done in the area and the main goal is to preserve the artefacts from the site. Under that circumstance, the main goal is to recover the artefacts as quickly as possible and leave the studying for later.

How are archaeologist sites discovered?

The science behind the finding of an excavation site is very advanced and archaeologists use different tools to find these places. The process involves using all kinds of resources which include old documents and maps about the site, information about the place from people who are aware of the presence of old buildings and advanced technology like Geographic Information Systems and ground penetrating radars. There are several other complicated tools involved too in order to make sure that the right spot is excavated.

Before (on-site lab) and at the lab

There are two kinds of labs that archaeologists use during excavation and one is on site and the other is in an established area. The on-site lab is used mainly to store and catalogue the findings from an excavation site and once the excavation is done, the artefacts are taken to the main lab where all the study is done. The proper labs are the ones that have all the tools to study the artefacts in detail and on-site labs are lightly equipped most of the time.

Archaeologists have a lot of tools that they use during excavation and all of them have their own specific purpose. Some of the tools that are used include shovels, trowels, screens, hand brooms, tape measures, line levels, cameras, soil cores, and dental picks.

Studying the field of archaeology is a very interesting way to explore different areas from a new perspective. In order to spread the awareness among children and involve them in the process, there are several organizations too that are dedicated to involving children in this field. You can find useful information regarding children activities on the website of Young Archaeologists’ Club and several others too.